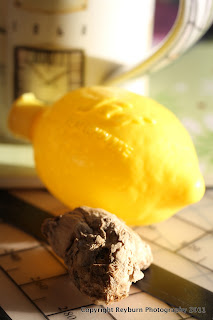 This morning I again set forth early, before settling down to work. It's nice going out earlier rather than later - the sky is clean and fresh, the paths are empty, I and I alone was out walking. There were a few workers tearing up the ground to my left as I wandered one of my favourite paths...I wondered whether they were clearing ground for more houses. There's an area near me that used to be beautiful empty space, filled with green trees or sparkling snow or fallen leaves, and now is filled with tractors and motors and metal and dirt. It's sad. I am glad, now, that I went out for those walks months ago, long before they began the ripping-up process, because I not only have the memory of those snowscapes but the image of them as well.

I didn't have my iphone with me this morning, so I couldn't capture the green trees, the sun shining on the leaves, the tree that I call a 'caterpillar tree' because its blossoms look like fat green caterpillars, the shadow of the wooden fence falling on the path, and me, walking alone with my thoughts, early in the morning. 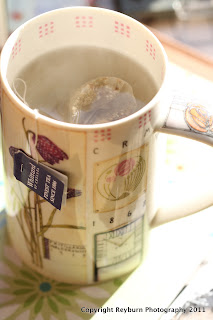 Today's tea is ginger with lemon. I'll be honest, I'm not a big fan of ginger tea, but because I'm doing this blog I thought I'd go ahead with it. Ginger is such a powerful taste, it seems to overwhelm anything it is in a tea with (or food, or any kind of drink). It is sharp, and tart, and almost spicy. Ginger, I've decided, is an attention-getter: it insists on having the first say when you take a sip. "Here am I, Ginger! I stand alone! I come bearing good tidings of powerful flavours!" And it's only by the time you have had half a cup you realise that lemon has been biding its time, calmly waiting for its opportunity to release a little sweet-and-sourness into the tea. There are ways to help out this kind of tea - honey is a good option, and sugar - but even still, Ginger manages to steal the limelight.

We have some ginger, and lemon juice at home right now. I debated adding some in, fresh, but after the first sip or two have changed my mind. More fresh ginger would simply encourage what's already in there. "Ah, excellent, fresh ginger, come on in here and show them how it's done!" my tea would say - and I would be tasting it all night no matter what else I drink. 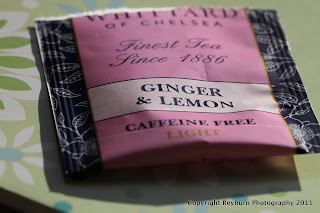 I suppose ginger has some good properties - it can be used for essential oils, and to make medicines, apparently even to prevent motion sickness. I think, however, that today will be one of the few days I allow ginger to have its day in the sun. It's just too much for me.