Today's tea is Pickwick Verveine, one that I picked up while visiting friends in the Netherlands and brought back with me.  Verveine tea is definitely an acquired taste. It caught my eye because (I have to admit it, I will admit it...) I'm a Vampire Diaries fan.  Watched a few episodes on itunes and ended up buying the season pass.  It fascinates me.  When my sister was here we would watch the new episode each week and she just loved the opportunity to make comments throughout, things like 'wait a minute, that couple is too happy right now, something terrible is bound to...ah! yes! disaster!'.  Because it's a recurring TV series, constant drama and danger are the norm.  If one couple is doing well, another couple is On The Border Of Collapse and then three episodes later the Tables Are Turned.  (You have to use capitals like that because everything is so dramatic.)  Anyway, in this series, you can prevent a vampire 'compelling' you to do things by drinking verveine (also spelled vervain, or vervaine).  It's a flower that you can make a tea out of, or put the flower's dried petals in a necklace or bracelet, and thereby be protected.  Unless the vampire is an 'original', but that's a whole new plotline. 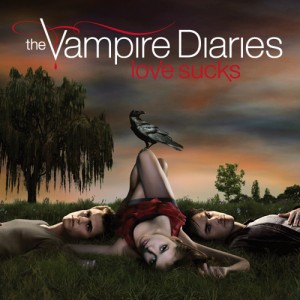 My point is, when I saw this verveine tea I was pretty impressed!  These Dutch people are on guard against their vampires! (Perhaps they thought I was one, which explains the stock of tea in their cupboard.  Interestingly enough they invited me in warmly enough.)  So I tried some while I was there, and brought one back to have in the UK.  It's a nice, end-of-day tea.  I've done all my packing and am completely exhausted from it, no idea why, so I'm sitting down with a cup of verveine and trying to figure out the flavour. It's got a pepperminty kind of taste, a hint of it, and some sort of light flower.  It reminds me also of chamomile.  It's caffeine free, which is nice, especially as I'm quite worn out, and definitely tastes best on its own without milk.  It looks like a dark chamomile in colour, a light brown almost. 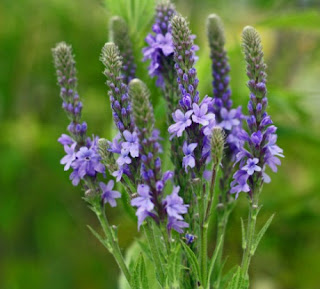 My walk/run was really good this morning - again an example in just pressing on, going forward, running when I can and walking when I can't.  It's such a great feeling to be slowly, even oh so slowly, running a bit more each day.  I'm a lot more tired at nights, but that's great because I sleep better and get up earlier!  So, I'm off to finish the rest of my tea, and then bed.

At least I'm protected while I sleep.

(P.S. None of these photos are mine today. Had to borrow them as I have no vampire diaries cast, verveine flowers, or dutch teaboxes to hand.)